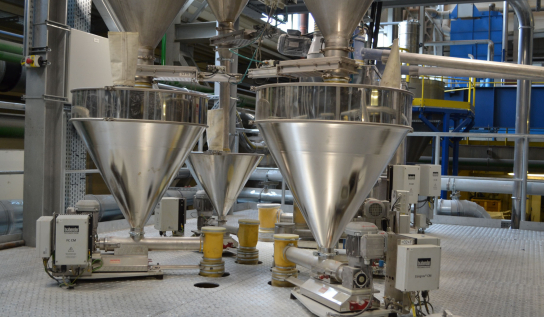 Krakow-Wielicka plant belonging to TFKable Group in cooperation with the West Pomeranian University of Technology  completed a research and development project, initiated in 2018, the purpose of which was implementing in production improved flame retardant cables, manufactured with the use of a new type  of halogen-free materials with advanced properties making use of barrier effects of nanoadditives based on halloysites and aluminosilicates.  As a result, the developed zero halogen compound for outer sheaths has better mechanical properties, higher tensile strength (up to 13 MPa) whilst maintaining high flexibility of the outer sheath and higher resistance to flame propagation. This was achieved thanks to the effect of synergy of a set of flame retardant materials and occurrence of the barrier effect, which allowed to obtain successful results of internal flammability   tests conducted in the Fire Tests Laboratory, which was followed by obtaining required approvals issued by accreditation bodies such as ITB and CNBOP.

The design approach was based on the intention of developing innovative formulas of LSOH compounds with the addition of hybrid nanofillers. As a result, the barrier effect of nanoadditives in parallel with the synergy of flame retardant materials allowed to obtain required flame propagation resistance and response to fire while maintaining improved mechanical parameters, including resistance to pressure at high temperatures (90°C). In addition to the above materials aluminosilicates were also included, which improved rheological properties of the halogen-free compound by assumed 20% in comparison with the traditional compounds. Further development work was devoted to installation and start-up a demonstration production line, which was used for further tests of developed technology of manufacturing. As a result, an additional value was obtained, i.e. improved environmental safety by directly improving rheology of the compound (improved melt flow index), which caused reduction of consumption of energy needed for extrusion of cable outer sheaths during the production process.
“Simply put, with the research project three goals were achieved. The first one was to improve fire safety in public buildings by minimising the release of harmful chemical compounds generated during fire, which in turn was achieved by limiting the rapid propagation and transfer of flame from cables and installation and control cables, as well as reduction of the resulting corrosive and toxic gases, preventing formation of smoke, which usually has impact on effectiveness of fire-fighting actions as well as functionality of evacuation routes, and thus people’s safety. The second goal was to meet higher safety standards, CPR (Construction Products Regulation) among others, as well as to meet the requirements of installation companies by providing cables with more flexible outer sheath, which at the same could maintain the same level of resistance to mechanical damage, thus making installation of this type of cables easier and faster, whilst their improved operational properties  can be considered as an additional advantage for end users in the form of greater durability. The third goal, which results from the strategy of the entire TFKable Group, was commencement of manufacturing improved LSOH compound on a large scale by the manufacturing plant in Krakow, which would also result in achieving high quality of products by maintaining uniform, regular and repeatable quality of the materials used in production, which is not always possible when the materials are purchased from external suppliers” – stresses Jakub Sieminski, Director of the Department of Development in the TELE-FONIKA Kable SA Krakow-Wielicka plant.
This research and development project, aimed at developing industrial technology for production of halogen-free cables with the use of improved LSOH compound, extends the range of the products offered by TFKable Group intended for construction industry and electric utilities. The results achieved in the form of fire resistant cables manufactured with the use LSOH compounds using the synergy of halloysite fillers (nanotubes), layered aluminosilicates and metal hydroxides and oxides meets the requirements of the CPR and international standards, such as the range of B2ca, s1, d1, a1 class
Project: Improved Fire Resistant Cables Manufactured with the Use of Specially-Developed, Innovative Halogen-Free Compounds Using Synergy of Halloysite Filler (Nanotubes), Layered Aluminosilicates, as well as Metal Hydroxides and Oxides is co-financed by the European Regional Development Fund, under the Sub-measure 1.1. Industrial Research and Development Work Implemented by Enterprises of the Smart Growth Operational Programme. Total value of the Project: PLN 12.6 million.
Media contact:
Witold Nieć
E-mail: ##lxidas.cxtr#at#iuzpqat.rdb##
Magdalena Kardela
E-mail: ##bpvspatcp.zpgstap#at#iuzpqat.rdb##
x Withdrawal of consent